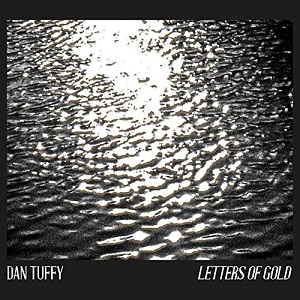 
Dan Tuffy has lived a bit. Growing up in a river town in northern New South Wales Australia, he later headed south to Tasmania to study Botany and Ecology, ending up living in a caravan pitched at the local forest reserve.

Around 1983 Dan joined a local Folk/Punk band and moved with them to Melbourne when they started having a bit of success. Then in 1993 the entire band relocated, firstly to London and then Holland, where they caused a buzz for a while in the European music scene. Things fizzled out a bit eventually and the band broke up, but after meeting some kindred spirit musicians in Holland Dan got fired up again and they formed two groups over the next few years before he launched his solo career. Along the way Dan also created his own record label, 'Smoked Recordings', finding time to record and produce a fair few acts from his roster.

After years of collaborations under group names, Dan released his first solo album 'Songs From Dan' in 2017 to great reviews, and this was followed up by 2020's 'Letters Of Gold'.

Opening track 'Can't Contain My Feeling' enters on a lovely, shuffle rhythm track before Dan's 'whisper in your ear' vocal that sits somewhere between Mark Knopfler and a more tuneful Lou Reed. The first of several hypnotic tracks on the album it chugs through sweetly, decorated with little tricks and fills until at around two minutes twenty seconds some bonkers, discordant electric guitar throws in a real musical curveball to great effect.

'Honey Flow' has a similar rhythmic vibe but the musical surprises are more around the synths and keyboard runs, 'Eternity' is an almost lo-fi country ballad with Willy Nelson type slack string guitar lines and an arresting vocal, while 'Time Stole My Angel' sits on a synth pop type backing track and features Dan's strongest singing on the album.

The chunky, back beat guitar of the brilliant 'Sandy Track' seamlessly propels the song through and this is my personal favourite number here. Harmonica and bluesy acoustic provide the template for 'No Sleep Until The Work Is Done', 'Home Fires' is back to a multi tracked layers of synth sound and final track, 'Big Man', boasts another chunky rhythm part with atmospheric guitar soundscapes keeping things interesting.

Based on this album, Dan Tuffy is impossible to categorise as he ranges across a myriad of musical styles and eras, but at the heart of each track is a rock solid groove that really pulls the listener in. There are musicians aplenty on the record with each contributing multiple parts, all of which are recorded and produced beautifully to produce a cohesive whole.

All in all, with 'Letters Of Gold' Dan Tuffy has come up with a cracking little album.