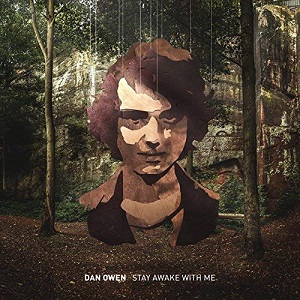 
Pitched as a sort of Ed Sheeran with added soul. Shrewsbury-born Owen amassed over 12 million Spotify streams of his 'Made To Love You' single while the recent 'Hideaway' picked up strong support from Radio 1, Radio 2 and Virgin Radio. Anticipation is, therefore, high for his debut album.

Those already won over won't be disappointed while new listeners should be suitably impressed, Owen sounding as though he's got years of live and recording experience under his belt. Not surprising since, now 25, he's been playing the pub and blues circuit since he was thirteen.

His soulful, slightly high-pitched gospel tinged vocals are shown to solid effect on the album's opening track, 'What Is A Man', a big brassy and fulsomely orchestrated big ballad that bears comparison to the more dynamic moments of early Van Morrison.

It's followed by a second powerful strings coated, chorus soaring ballad in 'Icarus', a reflection on his career trajectory, wondering if his 'overnight' success has him flying too close the sun and "burning up like Icarus", although the PR blurb has it addressing drug abuse.

Born of ill-treatment by an abusive friend, piano-based bluesy soul ballad 'Made To Love You' follows, catching the emotional intimacy of uncertainty again and further highlighting his vocal command, the musical mood slightly more restrained with 'Fall Like A Feather', a break-up number originally released as his low-tech recording debut back in 2015.

More of a bluesier echoey wail with a percussive slow stomp march beat 'Hideaway' is another number based around loss with James Morrison on acoustic guitar. Things are more (relatively) stripped down on 'Hand That You Hold', a piano ballad with Imagine-like intro notes about needing someone to rely on when you're carving your own destiny, while the upbeat 'Parachute' has a poppier sensibility built around a chugging beat and another of those big soaring choruses.

He pulls it all back down again for the title track, another piano ballad and a beautifully poignant love song tribute to his late grandfather, sung from the perspective of his grandmother to her husband of fifty years decades together.

It stays with the blues for the six minute closer, 'Splinter' a rework from his 2015 EP that now brings in a fuller arrangement with a choir providing backing harmonies as the song, another that plays on themes of insecurities and relationship doubt, builds to a climax and gradual slow fade out as the vocals become distant and echoey.

Owen has a number of co-writers on the album and it would be interesting to hear where he's coming from without the input of others, likewise to explore a wider sonic landscape beyond the balladry that dominates here. That said, reminding me at times of the criminally underrated Dan Whitehouse, another local lad, this is a terrific debut album and one that fully deserves to see him flying high, wings unscorched.

Stay Awake With Me