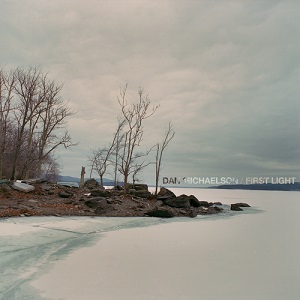 
With a parched, cracked voice that might be compared to the creaking of a warped mahogany door and a delivery that sounds like it's taking all his energy to just keep his eyes open and his head propped up, it's fair to say that Northampton-born Michaelson might be something of an acquired taste. Normally found in the company of his band, The Coastguards, this, a follow up to last year's 'Memory', is, in fact, his first solo release in six years and variously conjures the ghosts of Cohen, Drake, Hazelwood and van Zandt, any of whom might seem positively jaunty by comparison.

He says the album focuses on the day's first unpleasant moment of consciousness, before things like memory, cynicism and the future come into focus and, as it happens, the time when the songs here were written and from which they draw expression and meaning. The first word you hear is 'careless', the song of the same name a meditation on how "love makes you give more than you think you can, the emptiest well floods 'til it's ready to spill." It's a profoundly romantic number, but it feels desolate, a mood compounded by the minimalist percussion-free arrangements etched out with piano, eight violins, four violas, two cellos, two double-basses and an occasional touch of trombone.

The mood continues with another one word title, 'Sand', where love and a hand to hold keeps you together when your world falls apart around you and slips between the cracks. The pace relatively picks up with 'Someone Else's Dream' which, with its pizzicato strings, warm cellos and piano base might generously be termed a waltz. Images of slowly awakening continue into 'Stone', another intensely romantic lyric of a love that banishes the fear of loneliness where "we are more than words carved in stone", as the strings form a widescreen cinematic wash.

The brief piano-based instrumental 'Careless Reprise' provides a bridge to a less optimistic dawn as ruminative piano notes and melancholic strings pave the way to 'Old Kisses', an orchestral arrangement reflection on memories of a lost relationship as, in bruised Cohen manner, he recalls "the last thing you said as we came to the end, don't dwell on old kisses, you'll only regret." Memory, warmed by contemplation, provides grace and comfort rather than pain on 'But I'll Never Be Lost' ("when every wrong turn is letting me down I hang on your word for bringing me round..every word, every need, forms a sweet memory so I'll never be lost").

Again enrobed by cinematic strings, the title track brings a quite literal carpe diem epiphany and clarity, with "the sunlight in your face", about the transitory nature of those moments that can never be recaptured, but also never lost, the album closing with the pulsing strings, subtly lush melodic, lyrical repetition and thematic extension of the quietly building 'Don't Let It Pass' with its call to not let such moments go unnoticed as "time is not so generous."

With its subtle variations in tone and the languid low key nature of Michaelson's vocal style, it takes a while to let this get under the skin, but breathe deep as it plays and let it fill the lungs as well as the senses, and you may find it unexpectedly invigorating.