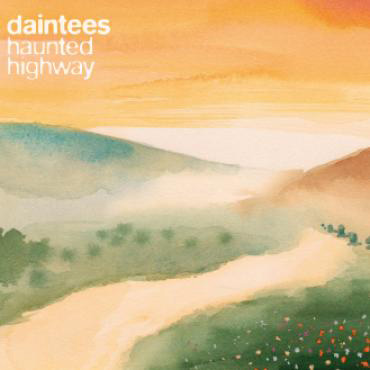 
Thirty-one years since he released the debut album, Boat To Bolivia (and one since the re-recorded version), Martin Stephenson gathers together the current Daintees line-up, still comprising founding member John Steel on lead guitar and his drummer wife Kate Stephenson with recentish arrival Christopher Mordey on bass, for their eighth studio album (Martin’s 35th in all, 38 if you count the acoustic re-recordings). I confess I’ve always had a soft spot for Stephenson whose voice I once described as the musical equivalent of the classic Hovis advert, and this typically musically eclectic collection does nothing to change matters. It opens in rollicking style with ‘The Whisky’, a barroom boogie reminder that while it may be a “peat smelling stream o’ gold”, it’s also a merciless whore and too much of it will “rip your clothes and take away your home. Make you raise your voice to women and children, turn you a Hydish creature left to roam.”

Next up comes the jaunty swagger of the title track, a talk-sing love song to London’s erstwhile bohemian centre with its “punk rockers with mohicans to the side” and “mummy’s boy hippies” featuring Jon Trier on pub piano and namechecks for both Tommy Trinder and Kurt Cobain. It’s time for twanged Duane Eddy guitar and doo wop backing vocals on ‘Secret Crush’ before things shift again for the Shadows play bossa nova bounce of ‘High Sierra Snow’, a sort of distant cousin to Cliff’s ‘In The Country’. Dip into the pick n mix and you get gospel with ‘Lord Lead Us’ which, complete with massed backing vocals, has the same sort of feel as ‘We Are The World’. Appropriately enough, next up is ‘Every Kind of Heaven’, though this is environmental rather than spiritual as Martin channels Marvin Gaye soul, Steel laces it with 12 string guitar and Henry Fosbrooke colours between the lines with whistle on a protest about the pollution of nature and the future leave our children. Susanna Wolfe on backing vocals and with more 60s guitar and drum breaks, ‘Shoot’ is another exuberant bounce somewhat belying a lyric that sounds as though it might have been inspired by reports of soldiers shooting fatally wounded opponents. The tempo then calms down for the slow march ‘Thorn For A Rose’, featuring Neil James Morrison on fiddle for a Celtic-infused, moodily dramatic bittersweet number about selfish love (“all about you, never about me”).

The album’s most poignant moment comes with the simple acoustic fingerpicked blues of Elaine, an intimate song written for Mordey’s late wife and sung in his persona, paving the way for the gorgeous final track, the swelling classic Stephenson croon of ‘She Rides Horses’, apparently penned for co-writer Anna Lavigne, its lyric both romantic and enigmatic in its refrain of “Blue sky of intuition guiding her beyond a prison’s fearful jealous men, she will never hurt again.”

At this stage of the game, it’s unlikely to bring him an army of new fans, but for those of us who’ve followed him across his 35 years career, it’s like coming home to hot buttered toast.

Look Down, Look Down