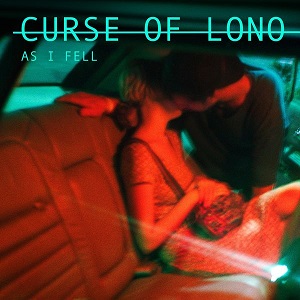 
Having made a striking and hugely acclaimed debut with last year's Severed, Felix Bechtolsheimer, Joe Hazell, Dani Ruiz Hernandez, Chris Anderson and Neil Findlay return with an even stronger follow-up, recorded out in the Joshua Tree desert and balancing familiar themes of love and loss with new narrative vistas as well as further reflections of the singer's heroin and methadone past.

However, the bad trip mentioned in album opener 'Valentine', with its throbbing distorted bass, tribal drumming, infectious handclap percussive chorus and Hazell's scouring guitar, is down to being cheated on by his girlfriend rather than drugs, a darkly menacing song of destructive jealousy as he sings "I've got a bullet for your lover's heart."

The song stops dead in its tracks and Findlay's drums drive the album into the train rolling rhythms of the equally catchy 'Way To Mars' which, with lines like "scrape me off the walls" and "it's been nineteen days now there's six to go, I'm gonna chew it through" would seem to nod to his withdrawal experience and seeking to regain control of his life. A musical mix of country, gospel and Velvet Underground influences, it's also a useful reference point for the band's sound.

Taking the pace and volume down a couple of notches, the organ-backed 'And It Shows reminds how circumstances than always tempt the addict into relapse to escape life, the song referencing both his relationship break-up and the death of his best friend, as, "the wine won't help me sleep now the devil's on the loose" he pleads to the doctor "I need a little more."

Built around a bubbling, rumbling synth line and scratchy guitar riffs with a slide solo, the itchy rhythms of 'I'd Start A War For You' fully capture the desert ambience of its origins while the evocative imagery ("Set the sights on your corruption/Hunger dripping from the sheets") paints love as an addiction, a beast, driving him to take up arms.

Echoes of the brooding miasma of The Doors sound in 'Kathleen' which likewise spotlights that desert heat and Bechtolshemier's way with words ("caffeine spiders crawl around me"), another almost claustrophobically atmospheric song about fleeing the break-up ("I'm stuck on a memory that just won't stop torturing me"), but, as piano and rhythm section arrive, one with a hint of light ahead ("put your foot on the gas Kathleen….you've got eyes that shine right back at me").

With a tribal drum beat and circling heavy bassline underpinning the staccato lyrical structure, featuring psychedelic guitar solos, the six-minute 'Blackout Fever' has, perhaps, a touch of Buffalo Springfield's 'For What It's Worth' to it while the chorus hints at glam rock.

Backed by organ and Findlay's solid echoey drums, the hushed vocals back in the mix, , the swirly, dreamily shoegaze 'As I Fell' returns to themes of lost love and trying to stay on the path, leading directly into the twangsome, haunted desert sound of 'The Affair' with its lacerating description of the physical feelings experienced at the moment a relationship falls apart. By musical contrast, Anderson's bass providing the foundation, the post-relationship path to recovery of 'No Trouble' adopts a ruminative alt-country style.

Although there's not a weak track to be found, two of the album's strongest pivot around not Bechtolscheimer's own troubles but the life of his grandfather. Driven by a chugging Velvetish riff and backbeat, 'Tell Me About Your Love' is sung from the perspective of him preparing for death ("You can save your pills, they can't help me now") but, accompanied by wailing electric guitar and looking back on memories, the mood is upbeat rather than mournful. And, its second-longest number, backed by organ and swathed in strings, the album ends with 'Leuven', a song inspired by the stories he told of growing up half-Jewish in Nazi Germany and, more specifically, of the devastating 1954 train crash outside Leuven, one of the worst in Belgian history, as he and a friend were travelling home from Wembley after watching the first international football match between England and West Germany after WWII. Woven with threads of survivor guilt, swelling to a tumultuous sonic finale before a brief coda of an old German tune played over a crackling radio, it's a tremendous climax to a tremendous album. If this is their curse, may damnation last forever.