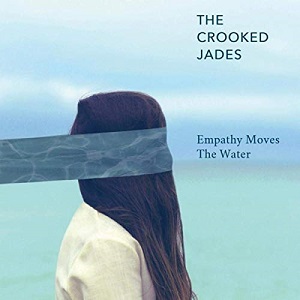 
Empathy Moves The Water is the ninth album from American band The Crooked Jades. The seven piece band produce an interesting mix of infectious Bluegrass, like the instrumentals Featherbed and Mike In The Wilderness and the opener Ryland and Spencer, shot with country inflections. Equally impressive is the band’s take on Mississippi Fred McDowell’s Down To The River. Lisa Berman’s vocal suits the Country Blues well and her slide guitar, like Harry Manx nods a little to Indian music as much as to American Delta Blues. Bruce Kaphan’s production and exotic percussion add to an agreeably soupy hallucinogenic atmosphere. This ‘slumped on the porch in the heat’ ambience continues through the shimmering instrumental Yellow Mercury 4, a great showcase for Kaphan’s guitar and Emily Mann’s violin. Like Down to the River, Going Across the Sea uses found sounds to create a sense of place, with waves behind Jeff Kazor’s atmospheric harmonium. This is a song of two halves, with the miasma of guitars and harmonium giving way to an up-tempo Bluegrass number with a dancing fiddle and sweet vocals.

The title track is a disquieting fever dream of a song, water is a mirror for current troubles and what links us all, rather than a salve or clenser like in the Fred. Mcdowell song. Powerful lyrics, delivered over acoustic mutant Country blues of guitar, gospel vocals and handclaps. Long Time Travelling, is something else again, Emily Mann, Megan Adie and Lisa Berman deliver stunning a minimal gospel three part harmony vocal rich on atmosphere. Wade in the Water is a stunning, Indian flavoured psych folk take on the traditional classic. Band vocals and other worldly backing vocals like nymphs swirl around insistent percussion and some blissed out guitar. Very strange indeed.

Am I Born To Die / Long Time Travelling takes the earlier tune to a hymn like intensity with bowed bass, fiddle, harmonium and guitar becoming almost trance like as it folds around you. Pretty Little Shoes is a traditional blue grass like tune that romps along nice with the unexpected addition of an atmospheric bamboo flute. Yellow Mercury 3 has the languid feel of Lambchop or Mercury Rev and a strong lyric delivered by Jeff Kazor where life is cyclic like water.

Water links and flows through this album. It connects us, it cleanses, baptises and sustains up. The sleeve speaks of our empathy for others making us larger, becoming the ocean rather than a moved passenger in a small boat. Bob Ciano’s artwork, a world away from his technicolour full on gatefolds for 70s Blue Note, CTI and Kudu records, show a figure in twined in a scarf, pulled towards the water, bound or wrapped before baptism. Either way we are pulled in, the image is as enigmatic and beguiling as the album itself.

Down To The River