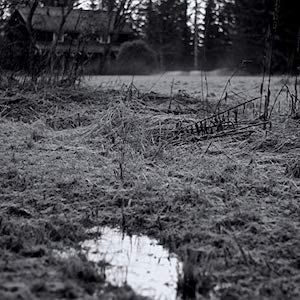 
A London-based bluegrass duo comprising Robin Joel Sangster and Scottish-born Duncan Menzies, their name a reference to the venomous Copperhead, this is a bristlingly confident debut that nods to such shared musical loves as The Milk Carton Kids, Welch and Rawlings and Simon & Garfunkel. With musical duties are divided between songwriter Sangster on guitar with Menzies (who, incidentally, has a PhD in Highland Piping) on fiddle and mandolin, their style's succinct and to the point, kicking off with the catchily upbeat 'Bad Desires' from whence comes the album title.

Keeping things frisky 'All In One' has Menzies flitting up and down the tremelo mandolin frets, Sangster hitting falsetto notes as the words tumble over one another, Keith Lowe joining on double bass for the slower waltzing harmonised 'Amber Light', fiddle bolstering the emotion-veined number as it gathers towards its climax.

Again featuring double bass and with the addition of Taylor Carroll on washboard, the shuffling 'Fly' is another breezy highlight showcasing their musical dexterity with a hint of retro country blues influences.

Those old time colours also glow on the crooned 'Under The Bower', a sort of cowboy strumalong ballad, with its extended yodelly notes, scratchy fiddle and double bass featuring dobro and slide from Orville Johnson on a deceptively jaunty number that deals with death and "watching the vultures circle above".

Slowing it down, 'Shadows' is lovely sparsely arranged mandolin and guitar based song about "a hopeless ghost who walks these halls" who's been "watching all the lonely eyes I can pass through", a personification of the melancholy and loneliness that hover at the edges of our lives.

Featuring frogs croaking, 'Unseen' is a 90-second world weary a capella Appalachian-styled spiritual that conjures the music from 'O Brother', the soundtrack of which was coincidentally mastered by Gavin Lurssen who performs the same duties here.

Things then burst back into lively life with barn dance fiddle striking up the whirl around the floor 'Hung up Alone' that could be best described as what a bluegrass Proclaimers might sound like. Needing to take a breather after all that, 'Howl' has a slow mazurka feel to its mandolin-based blues, a similarly mournful fiddle note permeating the low key sadness of 'Doors' on which slide makes a return and the S&G influence sounds loudest.

Contradicting its title, 'Slow Down' sees things out all too soon on one last fingerpicked frolicsome note with a lyrically positivist encouragement to "drink from the fountain" and not rush through life and let "good intentions turn into lies."

Sounding more like they'd be more at home in the Catskills than Hounslow, where they could pass for musical natives, this is one of the Americana debuts of the year. Let them bite you.