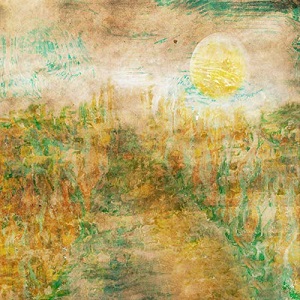 
Given he has no website and no bio, I can tell you almost nothing about Mason other than he comes from Derry, this is his fourth album, his first in six years, and it features Mark O'Doherty on drums and Robert Peoples on violin. But then all you really need to know is contained within the ten tracks, warm, tender, melodic and melancholic, Mason variously playing guitars, piano, bass and synths as he sings songs pondering our significance or otherwise within the universe.

Wistful piano notes open the dreamy, softly crooned Falls To Ground on a note that immediately conjures the rainy romances of 40s cinema. He's been compared to Elliott Smith but, while you can hear the influence, this track in particular suggests a better reference point would be Richard Hawley.

The reflective mood continues with 'We Watched The Sky Rotate', another star-kissed piano ballad, the vocals back in the mix as if floating on cosmic clouds, while, intitially pared down with intimate, whispery vocals, Follow blossoms out as keys, bass and keys enter the musical weave, conjuring a miasma reminiscent of Art Garfunkel's Angel Clare album.

Mason doesn't much depart from the template, the most uptempo he gets being on the circling fingerpicked guitar pattern of 'Crown of Weakness', the rippling title track and the pulsing, jogging bass rhythms of 'Lost In The Noise', but the soft sways that carry the likes of 'Blood Red Moon' and unhurried waltztime closer 'The Time In Between' are like musical aromatherapy pillows upon which to rest and restore.

We Watched The Sky Rotate