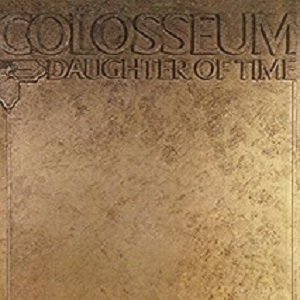 
Colosseum is widely recognised as one of the pioneer bands in the field of fusing blues, jazz and progressive rock, initially in the seething melting-pot of the late-60s. The band got together in 1968; principally the brainchild of drummer Jon Hiseman and saxophonist Dick Heckstall-Smith, two refugees from the Graham Bond Organisation and John Mayall's Bluesbreakers (what better proving ground?), the lineup was completed by Tony Reeves (bass), Dave Greenslade (keyboards) and James Litherland (guitar and vocals). Following the cutting of three tentative demo tracks at Pye Studios in November 1968 (here included as bonus tracks on the first of these three CD reissues), Colosseum recorded its full debut album Those Who Are About To Die Salute You during the following winter, and it was released on the Mercury label in the spring of 1969 - just at the right time for wide appreciation and gaining plenty of airplay on the flagship John Peel radio show. It really was a stunning debut LP by any standards, with accomplished studio performances that, while well-honed, nevertheless displayed an astonishing degree of energy and spontaneity. The musical gamut of Colosseum's special brand of fusion was stretched pretty wide - most bands of the time kept their feet in two camps, whereas Colosseum straddled three, and pretty comfortably too. From the R&B swagger of Walking In The Park, a good quotient of inventive instrumentals including Mandarin, Those About To Die and Beware The Ides Of March (the latter cheekily renamed A Whiter Spade Than Mayall on the BBC session tapes!) and the freer-form Debut and the lengthy, leisurely unfolding Backwater Blues (featuring another earlier Colosseum guitarist Jim Roche), with most tracks managing to find room for a judicious, economic solo or two which never compromised the onward momentum or thrust of the musical argument. In that age of overblown ego-tripping performers, it was so refreshing to encounter soloists who kept their talent within a believable group perspective. An awful lot was packed into the LP's 42 minutes, and although those listeners familiar with the pioneering musical adventures of Graham Bond and John Mayall (whence the nucleus of Colosseum's talented musicians sprang) will recognise antecedents, to this day Those Who Are About To Die Salute You it remains one of the classic early jazz-blues-rock fusion albums, not in the least tentative in character. The self-deprecating yet carefree subtext of Christians being thrown to the lions which formed a theme of the titles and album artwork was to prove misappropriate when the album charted and was (deservedly) critically well received.

Colosseum's followup album, Valentyne Suite, was swift in coming, on the heels of a season of hard gigging and amassing a considerable reputation. It appeared in the shops in November 1969, as the first release on the new "progressive" label Vertigo (Phonogram's answer to EMI's Harvest). In keeping with the times, the entire second side of the LP was devoted to a linked three-movement "concept" suite that gave the LP its title. This composition has long been regarded as one of Colosseum's finest achievements, and I wouldn't disagree with that assessment, for right from that nagging opening bass figure (with hindsight, curiously redolent of The Nice's Rondo) everything fits seamlessly into place, the various musical progressions are both logical and satisfying and the whole development is genuinely exciting. Side 1 of the LP, in contrast, felt more of a mixed bag, with less unity and arguably more in the way of wilful diversity on its four tracks, which ranged from the rowdy wah-wah guitar rock of The Kettle, the succinct Elegy and the slow-drag workout Butty's Blues to the psychedelic near-cacophony of The Machine Demands A Sacrifice (which boasted lyrics by Pete Brown). The bonus material on this CD (double-disc) reissue of Valentyne Suite is rather more interesting than that supplied with Those Who Are About To Die. There's a lone studio outtake from April 1969 (the unremarkable soul-R&B-flavoured Tell Me Now), but far more valuable is the second disc, which presents "album 2A", i.e. the rather confusing American & Canadian issue of Valentyne Suite which went under the name of The Grass Is Greener (yet sported an identical sleeve design to the UK issue). This presented only the final movement of the suite, as the finale to an eight-track collection which gathered together the original album's first side (minus The Kettle and a suitably edited The Machine) with four interesting unreleased-in-the-UK tracks including Lost Angeles (which had been outed on a John Peel session) and a nifty version of Ravel's Bolero. The variant issue thus represented Colosseum in something of a transitional phase, for by the time of its release guitarist James had left and been replaced by Dave "Clem" Clempson (from Bakerloo Blues Line), who played on the new songs and dubbed his own guitar part over The Grass Is Greener itself. Both album variants are equally valid, and Colosseum aficionados will want this set for that reason alone.

Colosseum's next album, Daughter Of Time, was surprisingly long in coming, not appearing for more than another year, by which time Clempson had settled in and bassist Mark Clarke (replacing Reeves) and vocalist Chris Farlowe had joined. However, such was the ambitiousness of this new project that several other musicians were also drafted in (two brass players and a string quintet) and some tracks also featured the multi-talented Barbara Thompson and/or interim bassist Louis Cennamo. Although not a concept album as such, many of the songs centred around common themes, and the musical coherence of the sessions and arrangements also contributed to the end product's strong sense of unity. By and large, except on Hiseman's astounding recorded-live drum solo The Time Machine and standout cut Downhill And Shadows, the band dynamic had also moved across and away from the earlier more overt blues inspirations and into the realm of progressive jazz-flavoured rock; and very successfully too, for Daughter Of Time is one of the rare 1971 prog-rock albums that hasn't dated and still stands up well today. And by the way, this great new Esoteric edition also includes three bonus tracks: a demo of album track Bring Out Your Dead, recorded in mid-1970, and two tracks (twelve-minute curiosity The Pirate's Dream, and The Grass Is Greener track Jumping Off The Sun, now sung by Chris) recorded just over a year later, in August 1971 - a couple of months before the band split in October of that year.

I've only one small reservation about this latest series of Esoteric reissues, which is well presented in exemplary remastered sound. I'd just mention for the benefit of enthusiasts of Colosseum that the previous (2005, Sanctuary) incarnations of Those Who Are About To Die and Valentyne Suite scored extra points with a more worthwhile selection of bonus material. The former delivered some vintage Symonds and Peel radio session tracks, whereas the latter benefitted from the inclusion of a pair of fiery between-album Peel session tracks: the rare Arthur's Moustache (with its brilliant bass solo) and an extended version of the above-mentioned Lost Angeles, both of which find the lineup at its storming best.

Take Me Back To Doomsday