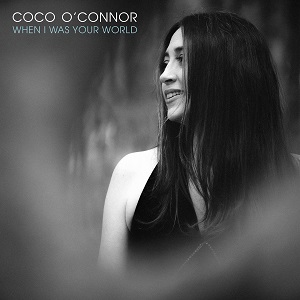 
Like many I first became aware of the Alabama-born singer-songwriter with her This Ol' War EP and, in particular, her award-winning song 'The Devil, A Wounded Man, And Me', so the arrival of this, her second album, has been keenly awaited. It doesn't disappoint.

Just over half of the songs are co-penned, but it opens with a solo credit for 'Honey Bee', shimmering waterfalls of acoustic guitar notes introducing a quietly smouldering Southern blues-stained swampy country feel that speaks of the bipolar yin and yang in a relationship as she sings "Praise you with my lips/Curse you with my tongue…Taste you like a fruit/Spit your bitterness out" in a call to be saved because "Like the flowers outside I guess/We lost the will to fight".

A similar call is there in the metaphorical imagery of 'White Horse', a slouching blues co-write with Mark Narmore and Stephanie C Brown, another song of rescue and healing as "too far gone to turn back round/No water or wine could quench my thirst" an enigmatic rider appears whose "eyes of fire, burned through my soul", a "healing sunrise" that lifted her up and made her strong.

Stemming from songwriting session with Rick Beresford and Deanna Walker from a few years back, the title track has more of a country feel and, inspired by her daughter, reflects on the shifting nature of relationships as time passes, of lovers yes but especially that of the mother and child as it goes from a time when "I could do no wrong/If I needed your forgiveness I could buy it with a song", each revolving around the other, but realising that eternity will end as, in the years to come, "I hope you remember me the way that I remember you".

Moving on, set to a walking beat, jangly guitar and tumbling chorus chords, 'I Don't Wanna Fight' is an infectious country pop melody number about a relationship that's run its course ("Remember when you still liked me/Remember when we believed/Pretending that we both listened/to each other's hopes and dreams"( and although the singer wants to try and hang on, the truth is "You kill little bits of you and me/In every cruel line that's heard".

She's till trying to hang on to her man on 'No Better Woman' ("Honey, won't you sit right down/I'll make you something to eat… I can be anything you need…You know, the grass ain't never greener/On the other side of the tracks"), the second solo composition, again set to a walking beat with resonating guitar, organ and a dose of rousing Southern country soul as her powerful voice soars and gathers all in its wake, the track unconventionaly having its bridge at the end.

Conjuring slight Parton echoes, she strikes another anthemic note on the strummed guitar and piano notes of 'More Than Enough', a song about having belief in yourself and "have a little faith and a little grace" and "keep your eyes upon the shore if you get caught up in the waves", about wearing life's scars with pride as it ends with the wonderful line "there's a beauty in the broken parts that makeup you and me".

That inspirational, defiant note is there too on gospel country swayalong 'Mercy', a co-write with four time Grammy nominee Margaret Becker, delivering the lyrics like a preacher testifying in church as, backed by a chorus of ooo ooos, she declares "I may be bending/But I won't be broken/I may be fallen/But I will not stay down" and that "when angels wings/Beat away my sorrows/Oh how I'll shine". As it gathers to a head and she sustains that note, it's hard to resist calling out amen.

After such rousing fire, things quieten down for the acoustic jangle of 'Something to Believe In' where, in times of trouble, "living life like I'm playin' a deck of cards", when ""all the angels cry themselves to sleep at night", there's an anchor, her love - or perhaps her child - is there "to complete the story of my life" and "give me the wings to fly".

The music crafted by her keyboard player husband Taylor, the funky bass, Southern-fried blues n country 'Silver Queen' (with lyric nods to 'Ticket To Ride', 'Someday Soon' and 'Bridge Over Troubled Water') is again about resilience, about being true to yourself ("trying to be somebody else/Ain't ever gonna make me happy"), leaving behind the "crazy life and big city lights" as, somewhere between Lynn and Gentry, she sings "it took my heart but it left my soul."

It ends back with her daughter for the rippling acoustic fingerpicked Trophies, Tiaras and I Love You's, a song that taps into every mother's (and father's) feelings about their little girl growing up, hoping they find a man "as good or better than/Your daddy". It leads her into reflecting back on her own childhood ("my daddy left my mama when I was 10 and mama started to pretend") and how "Little pink bows and magic wands/Wasn't enough to keep the lights on", as, feeling the weight of responsibility, she sings "If someone would've only told me/You learn more from what your parents did/Than what they did not do", although, given the song's context of her mother, it seems ambiguous as to whether "You put in the work/Honey you'll get what you're due" in the form of the song's title is maternal wisdom or self-delusion.

There may not be another 'The Devil…' but then that would be asking Da Vinci to paint a second Mona Lisa, there are, though, more than sufficient Last Suppers to warrant you making it part of your world.

When I Was Your World