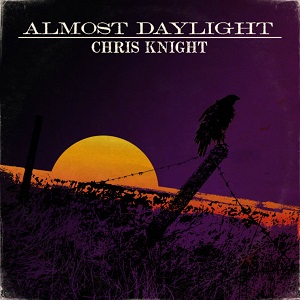 It cokes out of its corner in fighting mood with the lyrically defiant and musically gutsy 'I'm William Callahan' and its first person narrative of a man who meets life with two fists, slipping into the bluesy 'Crooked Mile' with its account of two outsiders holding on to each other and finding survival through love before cranking the guitars back up for the deliberate, heavy lumbering rhythm of 'I Won't Look Back' and its account of looking for a way out of despair and doing what you got to do without regrets.

He strips it back, however, to an initially predominantly acoustic strum, traced with mandolin before the electric guitar ring outs midway, for the Baird co-write 'Go On', an encouragement to stand tall and keep your head up in the face of adversity, keeping it taut and reined in for 'The Damn Truth', a Steve Earle-like mirror held up to the social, economic and culture divide ripping through America.

Womack on chorus harmonies, it's followed, fittingly enough, by the soulful organ-backed Send It On Down and its imploration for salvation as the pressures bear down with its images of hard drinking, small town despair and the need to break away from the chains.

For someone who sings with his fists, the title track is an unexpected open-hearted expression of the supportive power of love, a leaning post when you're out on the road "staring out the door of a motel room/Waitin' for the sun to stare down the moon".

It's back then to slow banjo backed southern red dirt blues of 'Trouble Up Ahead' with its foreboding edge of menace ("I got some business with the daddy of a girl I left behind"), the last of self-penned numbers , the self-explanatory titled 'Everybody's Lonely Now', another Baird co-write, opening with Stonesy country riff, wailing harmonica underscoring its post break-up ache.

Knight isn't usually one for covers, but he closes up here with two, the acoustic guitar and harmonica take on Johnny Cash's 'Flesh And Blood' reprised from 2002 tribute album Dressed In Black and a rowdy five-minute swagger through John Prine's 'Mexican Home' featuring a duet with the man himself.

Knight says it took him seven years because if he's not got something say then he'll just keep quite. But, as this album amply proves, when he does then he's well worth listening to.