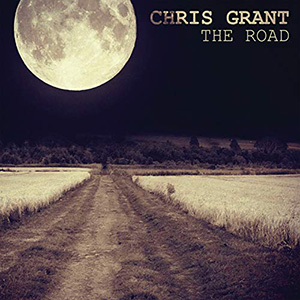 
A singer/songwriter from Morayshire in North East Scotland, listening to the dysfunctional relationship-based 'Sweet Velvet Poison' it would seem that he started out on burgundy and soon hit the harder stuff, although, to be fair, while Bob and the Band can also be heard on the mid-tempo bluesy lope of the organ-led 'Carnival', this is the only blatantly obvious Dylan influence across the album's dozen tracks. A far rootsier affair than his previous, more blues-oriented releases, it opens with a fiddle leading the driving rhythms of 'Pull Over', Grant's raspy, earthy voice in full command, conjuring thoughts of Joe Cocker, Ray LaMontagne and Jimmy Stevens.

A concept album, it tells the story of a singer's lifestyle as a barroom troubadour and the dangers, loves and pitfalls faced in the quest for greatness, the mood dropping a few notches for pleading post-gig hook-up 'Don't Go Yet', a simple acoustic picked intro giving way to a fuller sound and more uptempo rhythmic pace.

Another number hung around organ work and featuring a Gary Moore-ish bluesy electric guitar solo, 'Venus' takes a slow burn that affords a chance to hear the deep soulfulness in Grant's voice before a return to rootsier climes with the booze and commitment-themed ("one day you'll see the only thing that'll ever scratch your back is the remote for the TV") 'Half The Battle' where Tom Petty's chiming guitar 'Free Fallin'' spirit hovers over proceedings.

The self-loathing loaded 'Taking Flight' with its desperate search for direction lyrics ("Don't know where I'm going, ain't got a map, I'm just looking for a gig… hit my peak of stardom and now I have no aim") offers more prowling electric blues and a strong hint of Jim Morrison's shaman-like talking delivery before arriving on the fiddle-laced, guitar chugging swagger of 'Rose Street' and reflections on times and salvations past and lost.

Switching musical approach, 'Broken' is a melancholic piano and organ backed ballad about a fall from grace and cry for salvation ("every night I fall asleep at the bar… I used to be a shining star, now I'm just a mess") that's pretty much summed up in the title, the mood switching to an angry grinding blues riff for the defiant 'Get Out Alive'.

Stripping back to a drum-backed acoustic strum, the title track is the penultimate number, offering a choice of directions in pursuing dreams of making it or returning home to true love, the album officially ending on the sparse, decision taken 'I Can Change' as he sings "call the cavalry, I'm coming home where I belong", scarred and battered, asking for forgiveness from his wife and son. But then comes a hidden track, 'Hey Mamma', a slow, soulful sax-burnished epilogue of loss, regret and affirmation, bringing a perfect and cathartic close to an emotionally and musically potent album that deserves far more exposure and attention that it is likely to get. Travel with him, the journey's well worth taking.