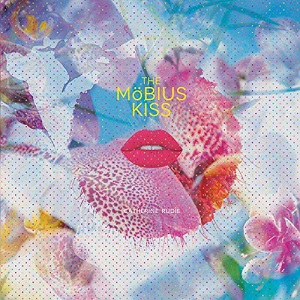 
Originally hailing from Sutherland on the far North Coast of Scotland, Catherine Rudie grew up playing bagpipes in a community pipe band and singing traditional Gaelic songs at local events. Now living and based in London these influences survive and can be felt throughout her exquisite album debut, The Möbius Kiss. It borrows its name from a flow diagram in which different kisses are depicted as a continuous circle, and which was drawn by David Byrne as part of his 2004 Tree Drawings collection. Its twin themes of consistency and love struck a chord with Rudie, who had just ended a long-term relationship as well as losing her London home and studio.

Her response was to purchase a ROLI electronic keyboard, and at weekends it would be smuggled into her third-floor workspace where she was working freelance within M&S headquarters in Paddington Basin. It was here that she experimented with the instrument, and covertly recorded much of the material that appears on this album. The short opening sequence is an introduction to the title track, and is the sound of the lift ascending to that deserted open plan office on the third floor.

It is against this backdrop that Rudie sets out her stall, singing with a dreamy fragility of beginnings and endings, loneliness, and of the scars left behind in Scotland. The honesty and candour that spills over into the autobiographical side of her writing is open and brave, yet is mixed with an ethereal out-of-body detachment that seems to reinforce the contrast between an anonymous cog-in-the-wheel existence in the capital and the secure isolation of growing up in a remote coastal community. Whilst old chapters end and new chapters begin, songs like 'Harbour of Grudges' suggests that there may still remain some bad water yet to pass under the bridge of absolution.

Yet it is her snapshot observations and sampled soundscapes, gleaned from the microcosms of city life, that breathe a chilling reality into these contemplative confessions about coping with change. She seems to accept that it is part of the price you pay when you inhabit a continually evolving environment. It is with brutal frankness that in the title track Rudie introspectively likens herself to 'a Russian doll of problems' and yearns 'for the Möbius Kiss that never ends'.

Additional sounds and percussion on many of the tracks are provided by Stephen Hodd, whose added layers and collaboration on the final production, helped build this work into a rich and rewarding listening experience. Catherine Rudie was identified earlier this year by Nick Luscombe, from BBC Radio 3's The Late Junction, in his list of Ones To Watch for 2019, and has been featured on Tom Robinson's online show Fresh On The Net. He described The Möbius Kiss as 'a message for our times'. I would not disagree with either of them, and look forward to hearing her perform live, beyond those streets of London.