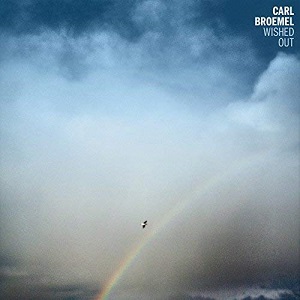 
The fourth solo album by Carl Broemel is the first created in his newly constructed home studio in Nashville. Also acting as his own producer and engineer, he first roped in Russ Pollard for support on drums, and then slowly began adding more friends, including My Morning Jacket bandmates Tom Blankenship and Bo Koster. Working in spurts, taking breaks to take his son to school and perform with My Morning Jacket, slowly the album took shape.

Dark Matter is an enticing opener, drawing you in with a great guitar riff and some strong drums. It's a song about the type of mental shift humanity received after the moon landings, and how it is about time we experienced something of that nature again. The title track is a lovely little laid back number with some great vocals, and Broemel is not afraid to step back and give the music space to breathe. Starting From Scratch has a wonderfully catchy hook, and while it positively revels in its simplicity, it cannot help but make you smile. Rain Check has a real swagger to it; a song to let off steam to. Pick of the album though is probably Malibu Shadow, an abstract and beguiling piece of folk-rock which sends you drifting off in the musical equivalent of a warm embrace.

Wished Out is a delightfully chilled out album, full of introspection and lofty ideals. The upbeat melodies will stay with you long after the last note has been played. While Broemel's work with the band will continue, it's very good to see that his regular forays into solo work are producing such memorable albums.