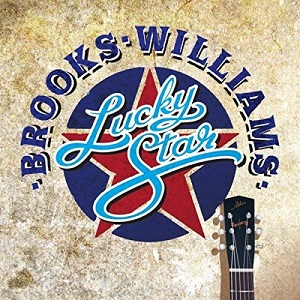 
Currently approaching his 20th solo release (and that's not including the EPs and the State Of The Union records with Boo Hewerdine), the master guitarist and singer is as busy and prolific as ever, his fabulously skilled fingerpicking, inventiveness and enterprise showing no sign of drying up. The blues in all its forms, styles and incarnations remains both a focal point and wellspring for his musical adventures, and yet this doesn't lead to doom and depression. There's invariably a good-time feel about things - as the breezy opening number says, it's the Bright Side Of The Blues. And there's a lightness of touch, a carefree vibe and a spirited camaraderie, about the album sessions; as well as a trio-combo of regular accompanists, Kevin McGuire (bass), Stuart Brown (drums) and Phil Richardson (piano), there's other friends dropping in too - Paul Jones (playing signature harmonica on Rock Me) and Rab Noakes and Rachel Lightbody (providing some absolutely delicious backing vocals). Oh, and the final couple of tracks, labelled bonus cuts, are opportunist recordings made in a Vienna studio in January this year prior to Brooks' Steady Rollin' Blues tour with veteran Dutch bluesman/songwriter Hans Theesink on mandolin/guitar and backing vocal providing a brilliant foil to Brooks' own artistry (hey, please let's have a full album from this partnership!).

Lucky Star consists almost exclusively of self-penned material: easygoing and typically stylish rootsy numbers that range from good-time twelve-bar a-plenty, with sidetracks into lounge jazz (Always The Same), doowop (Whatever It Takes) and (best of all) jaunty calypso (Mama's Song), while there's a delectable drive and momentum to disc highlights No Easy Way Back and Jump That Train. Brooks and his colleagues are clearly enjoying themselves, and as ever Brooks' own guitar fills and licks are exemplary in their unassuming inventiveness and pro-active embellishment. The Cooder-esque Gambling Man is one of the pair of tracks getting two bites at the cherry here by virtue of their appearance as bonus cuts; the other's the aforementioned Sister Rosetta Tharpe gospeller Rock Me (In The Cradle Of Your Love). The remaining three covers here are the standard After You've Gone (given an easy-rollin' stride-piano setting), Walter Hyatt's animated jump-shuffle Going To New Orleans (source of the Lucky Star!), and Chris Kenner's genial Something You Got.

Whatever the provenance of the material, or for that matter its idiom, Brooks is a real master, not least because he brings an almost casual consistency to his music-making that proves irresistible, and shows why he continues to be such a draw as a live act. Lucky Star is certainly a very tasty offering to be going on with.

No Easy Way Back