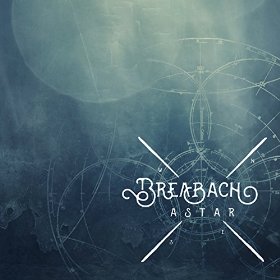 
One of the greatest bands to come out of Scotland in the past decade, Breabach are now much sought after headliners at music festivals across the globe. This globetrotting quintet have made musical friends and taken part in many collaborations along the way, something they have celebrated with this, their fifth studio album. With tracks inspired by the traditions of Norway, Quebec and New Zealand, as well as some fantastically innovative collaborations, this album really shows how much the group have grown through their collective experiences on the road.

The first song on the album encapsulates life on the road, Dick Gaughan's Outlaws and Dreamers. Featuring a sensitive arrangement with some lovely whistle melodies, this song is clearly one that is personal to the band. From the Gaelic tradition comes a tale of smuggling and whisky, popular topics in folk songs which has a lovely swing to it, possibly channelling the party that must have followed the whisky drinking! My favourite song is perhaps the best known of the waulking songs, Coisich A'Ruin. I grew up listening to the many versions of this song but I've fallen in love with this arrangement, it has a solid rhythm and groove while having a lightness and openness.

The instrumental tracks are every bit as engaging. Midnight sun has an expansive quality that shows the influence of the 24 hour daylight in Tromsø, while Farsund also shows the influences of Norway and features the Hardanger fiddle of Olav Luksengård Mjelva. Moving to Quebec, the track Les Pieds Joyeux, which translates as Happy Feet, is inspired by the foot tapping so prevalent in Quebecois music. The two stand out instrumental tracks for me are Muriwai and The Last March. A specially composed Haka goes with the tune and has a strong, grounded feeling and recalls the spectacle that is the Maori Haka. Perhaps the most special of tracks is The Last March. This is possibly the last tune written by the great Cape Breton fiddler John Morris Rankin and it is incredibly beautiful.

This is a truly exceptional musical offering from a band that just keep getting better. They are currently on tour and, having had the pleasure of catching them at my local gig, are putting on a show that you don't want to miss.

The Making Of Astar