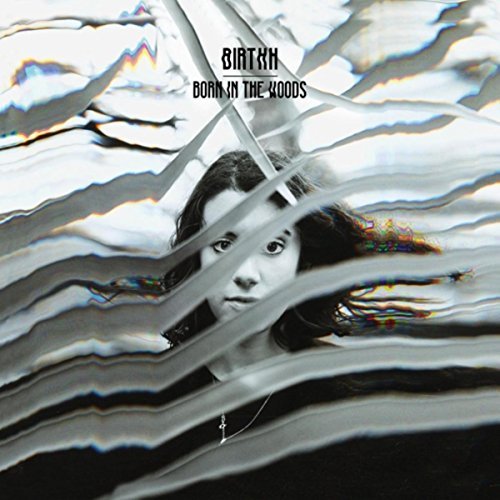 Birthh
Album: Born In The Woods
Label: We Were Never Being Boring
Tracks: 10
Website: http://www.birthh.com


The musical dramatis persona of Alice Bisi, a 19-year-old from Florence, Birthh's debut album is an intense, dark and often experimental affair of fragmented rhythms and melodic drones constructed around guitars, Wurlitzer, harmonium, organ and electronics with percussion taken from everyday sounds such as doors slamming, claps and water. The lyrics to track four, "Interlude For The Lifeless", consist of one line, "this is how I wanna die", which should give you a pretty good idea of the album's overarching tone.

"Prelude for the Loveless" opens proceedings with a sort of gospel hum and resonant keys before a funereal click-beat sets in as the protagonist introduces herself as "a loveless face born in the woods", full of venom and poison, as she warns "I am both your saviour and your terror."

It's a nihilistic affair. Opening on a repeated pulse, in "Chlorine", arguably the 'poppiest' of the tracks, love is not just dead, but a poison, her lover a soulless creature who "kills the happiness in me" while on the title of the next number she declares herself "Queen of Failureland", a tormented mind unable to rest echoed in the sonic nature of the keyboard drone punctuated by percussive slaps which suggest a flagellant scourging themselves, an image reinforced by the masochistic call to "break my bones".

Unsurprisingly, death looms large. On the deceptively ethereal self-loathing "Wraith" she sings ""I'll be poison in your blood. And I'll be darkness in your eyes. And I'll be propane in your lungs", while the ambient guitar wash and splintered percussive beats of the darkly lovely "Senses" (on which she perhaps suggests Bjork) she says "if you want death, darling, death you'll find", finding no salvation in seeking for love "I've been swimming underwater with the sharks. I sold my heart to heal my soul and all that I got in exchange was broken bones").

As you might presume, it doesn't lighten up (which makes the calm nature of her voice all the more unsettling) in its further journey into hopelessness, cold loneliness and empty hearts, which makes the desperation of "Though I know you've got no blood and I know you've got no feelings, I don't mind, if you call me love" at the end of "If You Call Me Love" all the more crushingly desolate.

The brief "Interlude for the Hopeless" ("I hope you feel good as I get buried with the fleas") marks the final stretch, gives way to the acoustically naked "(Banhof)" with its folksy colours which lyrically suggests our tortured protagonist is climbing out of the void by recognising her cold lover as the cause of her mental breakdown, but then a fade into white noise and silence insinuates otherwise as an electronic dawn chorus introduce the vocally multitracked "For The Heartless" which finds her still "lost into the cave of empty spaces...struggling to find your eyes", both aware of the source of her anguish but unable and unwilling to free herself as the track descends into violent masochistic imagery "rip my guts apart until I drown" ending in a confession that "darling I was dead before I lost what'd found."

A nightmarish neo-gothic fantasy of desire, submission, romantic angst, addiction and emotional instability, it's disturbing, unsettling and ever so slightly psychotic listening, but also breathtakingly compelling.