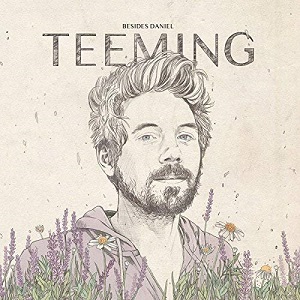 
Released only on download, the latest from Atlanta singer-songwriter Danny Brewer is a reflection of myriad recent changes in his, primarily putting down emotional commitment roots in marriage and fatherhood. These are delineated through a basic one man and a guitar approach, fleshed out here and there with piano, bass, drums and handclaps opening with the strummed 'Long Shot' where he raises a glass to the woman who took a chance on "a traveller with nothing left to offer" and turned his life around.

He extends the notion with the breathily sung nurturing metaphor of 'Watering the Garden' which gives way to not one but two versions of its best number, 'Wonderfully Made', a song of self-acceptance, flaws and all, first in a full arrangement with piano and drums and then a stripped back double tracked vocal and guitar only version. Personally, I'd have put it at the end rather than back to back, but it's a gem wherever it might appear.

Although 'Live Alone' embraces a gentle wash of bluesier electric guitar and echo and the 'Ruthless Love' is anchored by a repeated circling riff with waltzime chorus and crooned back vocals, he generally hews to a basic template of simple melodies and relaxed delivery, bringing a hint of Lennon to 'If You Ask Me To' and ending with another highlight, the reflective nostalgia of 'Roommates' with its scratchy percussive backing and hints of a softer Paul Simon.

One for those pining for the early, more intimate and less musically elaborated days of Bon Ivor and Iron and Wine, it has an abounding grace.