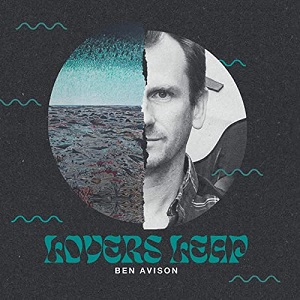 
Ben Avison's website proudly proclaims "Acoustic folk singer", and my feeling about this album is that the songs - and there are some reasonably good ones ones here - would have been better served if he'd stuck to that particular groove. Don't get me wrong, I'm no mindless purist, but sometimes covering a song up in arrangement does it no favours.

Overall, there's a sense of someone trying to move wholesale into a generic area he's not quite sure of, and, even if he had mastered it, has applied a production that sounds about 30 years out of date. Plus, the overall mastering imposes a volume level that had me pushing the power up 4 more notches just to achieve reasonable audibility.

Ben's voice has a pleasant, if overly-subdued, tone reminiscent of Al Stewart's, and he's obviously a competent musician. The songwriting is also competent, but fails to rise markedly above that level.

The title track was, for me, a major planning mistake in the execution of this recording. The vocal is under-recorded and thus hard to make out, and the backing is a tedious electro-poppy roll that covers up what I could just discern was a fairly decent tune.

Be Your Lullaby is an improvement - a fine song of abandonment to love. However, again, the vocal is under-recorded - although clearer than the preceding track. The accompaniment is sparser, but could have been trimmed back even more.

Smoke sounds like a Paul Young/disco mash-up with an overly repetitive major to minor pattern and a backing that might have been effective if realised using some dynamic range and a real brass section instead of the synthed backline that doesn't vary in volume or intensity throughout the song.

Carry You is, like Be Your Lullaby, a pleasant love song that, again, I can't help feeling would have been better with just a solo acoustic guitar.

All Just a Little Crazy is a tale of lost love and nostalgia for the wildness of the emotions it engendered at the time. The lyric and the story within it are well-rendered, but the tune - particularly the Dominant/Tonic pattern repeated a tone higher - reminds me strongly of something I heard way back when that I just can't put my finger on.

I could carry on, song by song, but realise I'd be repeating myself a lot. The songs are all well-made in the sense of possessing coherent musical form, scansion, and rhyme patterns. But they are full of overly familiar tropes - mainly of the "silly love song" variety, there is nothing melodically or lyrically original that jumps out at me, the arrangements are short on dynamics, and there is a lack of emotional intensity and variety across the whole work.