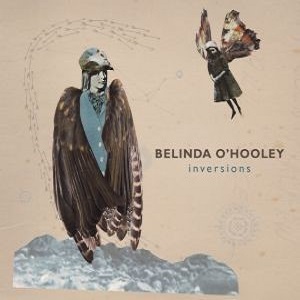 
Currently as half of four times BBC Radio Two Folk Awards 'Best Duo' nominees O'Hooley and Tidow, who also recorded the strident closing theme for Sally Wainwright's spirited drama Gentleman Jack, Belinda O'Hooley is high profile folk. O'Hooley's Dad Seamus came from County Sligo in the West of Ireland. It was there he learned the Jigs, reels and songs passed down through his father's line. Belinda, learning the piano as the age of seven would pick out tunes that he hummed to her. It was playing 'The Bonny Boy' at his funeral in 2017 that inspired Belinda to take the tradition on, reflecting, experimenting and synthesising the music on this record.

The album opens with the characterful voice of Heidi Tidow speaking the words to 'Inside a Soul'. O'Hooley's lyrics are images of growth and nurturing childhood dreams, railing against can't, won't, shouldn't, don't and forces that extinguish possibility. It is a potent, powerful opening statement, with Belinda's rippling piano flourishes suggesting growth and beginnings.

The recording is beautifully balanced, so either the voice or the playing can hold your attention. Opening with some percussive piano strikes, 'Felingerrig' is named for the Valley they stayed in during recording, Heidi Tidow, engineering and producing, pressed record and this composition just happened. The playing is exquisite, with a number of emotive motifs and expressive flourishes that recall the space and resonant notes, like guitar pull offs, of Bill Evans' mighty 'Peace Piece'. 'The Swallow's Tail' continues those ringing piano runs and flourishes, over accordion low notes and a huge sounding drum, it's like folky pastoral Enaudi. 'Skibberreen' is another favourite of O'Hooley's father and continues the run of traditional tunes by this captivating pianist. There is also on this track the powerful playing on pipes of Michael McGoldrick.

Recorded at The Museum Of Modern Art in Machynlleth on their Steinway Grand, it is the space around the music as well as the playing on this album holds your attention. Never more so than on 'Aran Fawdwy' where the high notes and percussive noises of the piano hang in the air before be joined by the swelling accordion. 'Hawkward', the central vocal piece on the album, uses the metaphor of bird flight to explore newly found freedom. The pairing of O'Hooley's and Tido's voices, layered, over the powerful piano is simply stunning. I am assuming the near pun on the title is deliberate, describing stubborn behaviour and the freedom of flight. 'Cadair Idris' contains the majesty, menace and beauty of the Welsh Mountain and explores O'Hooley's relationship with the space.

Belinda appropriates the jig 'The Maid Behind The Bar' playing it on piano and fizzing accordion she gives the less sexist title of 'The Applecroft Inn', after a favourite place on the Scottish coast at Wester Ross. Such is Belinda's mastery that the two instruments sound like an orchestra of players. Another triumph of playing and recording is the interplay of resonant percussion and piano on 'Pipistrelle at 6pm'. Belinda O'Hooley played 'The Bonny Boy', a song she remembered him singing, at her dad's funeral, events then triggering an exploration of these tunes, inverting them and developing them into this emotional album. The version recorded here is resonant, potent and poignant, reflecting what Belinda describes as their complicated relationship. 'My Father's Reel', defines and closes the album.

It is a huge, cinematic and highly personal story of patriarchy and the family, the seek of approval, rebellion, the 6/8 of conflict. The words, read in the booklet or spoken, mix the darkness of Hughes with the onomatopoeic word play of Thomas' Under Milk Wood. Heidi Tido's voice illustrates the story of 'an opera in three, birth, life lived, death. Simple and paired back in its construction, but beautiful beyond belief and charged in its performance this is from start to close a stunning album.