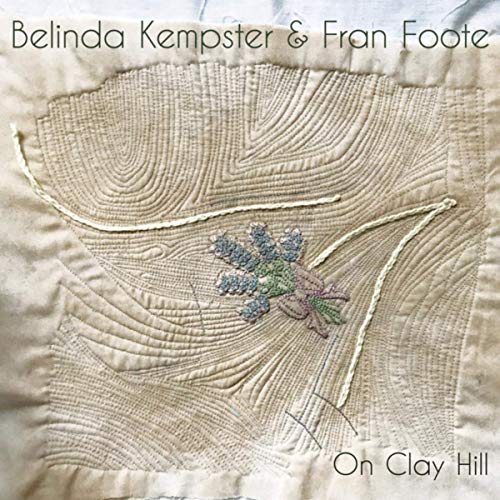 
Belinda Kempster is the mother of Stick In The Wheel’s harmony singer Fran Foote, and although she’s been singing traditional songs herself since the 1960s and privately together with Fran for a number of years, it’s only now that we get a chance, courtesy of SITW’s Ian Carter, to savour some recordings of her singing.

It may be that some of the impetus for this release was the very positive reception for Belinda’s rendition of The Nightingale on the recent, brilliant From Here, Volume 2 compilation of English folk field recordings. But Belinda’s own stance is also in complete accordance with the label’s manifesto: “we want our family’s music to be documented – this is the tradition of our family and singing these songs together feels like coming home”. The family history in this case is that of farming and working on the land, and many of their songs were learned directly from Fran’s great uncle and farm labourer Ernie Austin, just two examples of whose singing appeared on Topic’s 1974 Flash Company LP of East Anglia singers (On Clay Hill treats us to a further juicy, if brief, example). The disc’s title refers to Clay Hill Road, an area of Basildon (Essex) near which Belinda and Fran have always lived.

Belinda has a striking singing voice, tonally firm and rich and with an unerring command of the story being told, while Fran’s equally distinctive, though more vibrato-steered voice coheres with Belinda’s in both close unison and close harmony, in the eerily exact natural conjoining you get with blood relations.

The eleven songs on this CD embrace several familiar titles, but methinks you’ll not have heard them sung so compellingly as by Belinda and Fran. Highlights include the robust unison delivery of John Barleycorn, the edgy counterpoints of Dark Eyed Sailor, the drone-infused chilling ambiguity of Sheep Shearing Song and fondly poised harmonies on Dearly Missed. Belinda and Fran also contribute a memorable solo apiece (Bonny Labouring Boy and Bushes And Briars respectively).

This CD is the real deal; acutely mesmerising, timeless and time-stands-still renditions that stop you in your tracks.