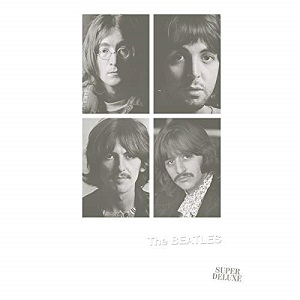 Last year's exhaustive exhumation of Sgt Pepper was always the going to feel a little like the appetiser for this main event. As Beatles resurrections go the White Album rehearsals and sessions have kept bootleggers busy for years, which means unreleased tracks like Lennon's What the New Mary Jane? and Child of Nature (that became Jealous Guy), Harrison's Not Guilty and McCartney's Junk have become fairly familiar to fans.

But they've never sounded this good before and following the attentions of Giles (son of Sir George) Martin and his team of audio archaeologists can now be considered fully fledged 'official' Beatles tracks.

There are plenty of other treats as well - the thumping 13-minute take on Helter Skelter included here may not be the near-legendary 27-minute version that some still crave but was recorded just before it and according to Martin is similar to the longer one (well, it would be, eh?). It's worth noting though that the outtakes also include a far better three-minute take that has McCartney screaming like a man possessed all the way through.

There's a markedly different, much tougher Eric Clapton solo on Take 27 of While My Guitar Gently that segues neatly into Baby I Don't Care with McCartney indulging his Elvis fantasy to the hilt and the reverb cranked up to 11. Revolution features in a couple of versions and assorted the group members mess around with St Louis Blues, Blue Moon and their own studio jam Los Paranoias.

Just as, if not more, fascinating is the way Martin has approached the much mooned-over Esher Sessions with a light tough, retaining their sense of homemade-ness. Recorded at Harrison's home in, well the clue's in the title, before the actual album sessions began they capture the boys in playful mood but working hard. As much as there is lots of evidence in this sprawling set of The Beatles' musicianship, these songs speak of their craftsmanship and the joy they still found in a process that would soon drive them apart. They're in the back seat of most of the songs here, relaxed, loose, a bit frayed, feeling their way towards the finesse and tightness that characterise the songs we know from the album proper.

That's here too, the album I mean. With all the distractions on offer it's easy to forget the scope of the original release as The Beatles shed all outward semblance of their early days as light entertainers. Or so the history books have it.

What this superlative reissue package also does is remind us just how good they were. Most of the songs have their roots in India where they were forced together again as much by boredom as close proximity. The spurs they earned in Hamburg were dusted down and rockers like Back in the USSR sprang forth. Birthday too; and Polythene Pam. Dear Prudence is as complex and disturbing as any of the pop music of the era; while the heartrending Julia is a lost son's paean to something he can't understand.

Giles Martin's expertly delivered new mix of the album brings all that musicianship to the fore in much sonic glory (stereo and 5.1 Surround Audio) and even though my own personal preference is for the searing, no-hiding-place honesty of the In Mono box set from a few years ago there's no denying this is a phenomenal achievement packed with new things to discover about a group whose recorded legacy has been dissected and pored over in obsessive detail for decades and doubtless will be for more to come.

If the seven disc (six CDs and a Blu-ray) Super Deluxe package is a bit much for Santa, there is much to commend the Deluxe edition (three CDs or four vinyl LPs with lavish booklets and digital collections that pair the new stereo mix with the Esher demos) or the faithfully rendered double vinyl gatefold album that showcases Richard Hamilton's minimalist sleeve art to the max.

Whichever way you take it, it's quite a thing!