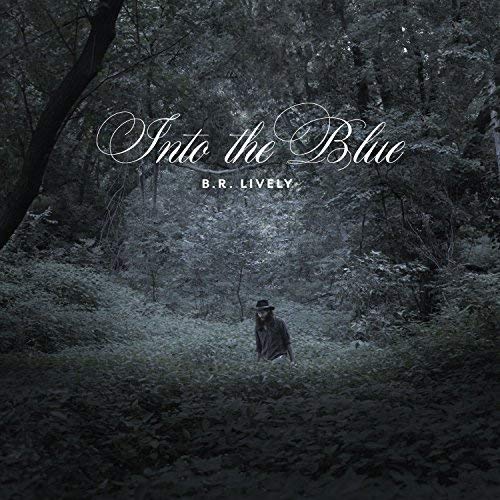 
A mix of melancholic and sunny indie-folk out of Texas, after stints with assorted groups, the solo debut by Dallas-born Bryan Blaylock (Lively is his grandmother's maiden name) was born of a relationship break up and a year travelling across America with his dog in an old Winnebago named Joannie, subsequently recording the songs back in Austin with Gordy Quist from Band of Heathens in the producer's seat and contributions from his bandmates Scott Davis and Richard Millsap.

Trawling such musical colours as Southern Gothic soul, Motown rhythms, spare introspective folk, it spreads its wings with the near six-minute condfessional 'The Blue', a simple, laid-back acoustic picked number that captures the experience of finding freedom that, sung in a Dylanesque nasal drawl, eventually introduces strings, drums and backing vocalist.

Taken at a jazzy Randy Newman-like mid-tempo lope with brass and piano, 'Summertime Sky' conjures the feeling encapsulated on the label as he sings "if there's thunder and lightning don't be scared / I will be by your side, we'll just wait for the rain to wash away what we left behind." Floating on a dreamy, lazing melody with Lauren Hunt on harmonies 'Oh These Eyes' (written the day after his girlfriend dumped him) sings of a belief in finding love again after all the tears, that seeking to move above the hurt also underpinning the stripped back fingerpicked Lonesome ("don't mistake me for a bitter side of hurt. Lonesome comes and lonesome goes").

Opening with and swathed in strings throughout, 'Are We In It For The Gold?' takes a softly questioning protest stance on nature versus personal and corporate greed with an undercurrent of spiritual awakening, leading into the undulating resonating guitar sound.

Elsewhere, 'Fighters' offers a thoughtful defiance against the odds violin and piano ballad, while 'Coyote' has a vintage Dylan-like strum and martial drum beat that again harks to the spirit of freedom ("if only he could shine on his own and roam free he'd show us the darkness and shadows that be") and on the vocally soaring, anthemic 'Free Of' he sings of those that walk the streets and how "no one knows like them what it's really like to be alone."

It ends with the simple strum and dappled banjo of 'Gratitude', a love letter to his mother, friends and all those who gave him the advice and love over the years that has made him who he is. With this album as the end result, we owe a debt of thanks too.