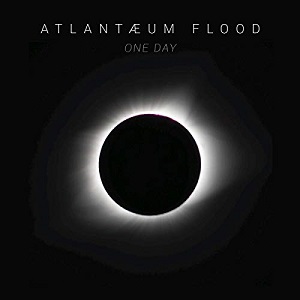 
The band name suggests a certain idiom, its clearly not going to be a set of anti Thatcher polemic protest songs. The cover with its visual link back to DARKSIDE OF THE MOON or very early Tangerine Dream carries that mood on. Recorded in Cornwall over a three year period by Steve and Lynne Knott, Marty and Olivia Wilson-Piper and Dare Mason, a musical cycle beginning and ending with bird song so it can repeat, this is a vivid if not earth shattering evocation of mood and the passing of time. Dylan Thomas gets a sleeve mention, so either they were trying to match his drinking or its a nod to his Under Milk Wood lyrical cycle following a surreal Welsh fishing village through 24 hours. If so alongside Richard Burton, Stan Tracey and Bobby Wellins they are in fine company. The playing and arranging is exemplary, without ever descending into muso noodling or overblown showy displays of virtuosity.

Rich with ambient birdsong "Before Sunrise" opens with Floydian gentle guitars from Marty and Steve and wordless vocals that are straight off ATOMHEART MOTHER'S "Fat Old Sun". Even the birds get a mention on this pastoral celebration. " After Sunrise" continues the shifting mood music, with the power of the rising sun suggested by squalling stabs of Marty's resonant electric guitar. There is a more grimy urban feel to "Before Noon". A gentle acoustic joists with a very Steve Hackett electric and Olivia's soaring violins. Percussion and textures suggest the drumming of machinery or feet in the world of work. This is a kind of Prog guitar POWASQUATSI. "After Noon" changes the mood again with a stunning Hackett like classical acoustic and some eerie backwards electric that heralds a huge sounding triumphant solo giving way to some stirring strings. "Before Sunset" is whirling electronics and Arabic flavoured guitars and bouzouki evoking the hard sun and dry heat of a hot afternoon fading away. "After Sunset" is echoing finger picked acoustic from Steve , showers of notes and Lynne Knott's resonant rich cello with a suggestion of power and a big sky from Marty Wilson-Pipers huge electric. "Before Midnight" pulses with violin, Cello, bass notes and the evocative duduk that I am a complete sucker for with its North African other worldly associations. "After Midnight" is a softer piece, rich with guitar notes but suggestive of a fade to sleep with jazzy percussion and flute sounds to suggest distant traffic or movement.

This is a warm soundtrack album, beautifully played and arranged with pride and love. Connected to the landscape and day, like HERGEST RIDGE, TRICK OF THE TAIL or WIND AND WUTHERING, this is headphone music for a long walk. Playlisted along Anthony Phillips, Mostly Autumn and Big Big Train it sat very well indeed. This is of the earth, rather than earth shattering, but it is a bloody good listen and one that I keep playing