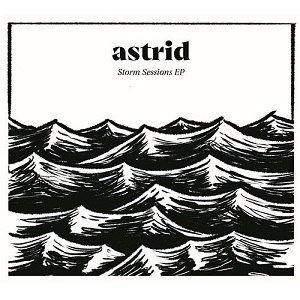 
The tour may be postponed until 2021, but the accompanying EP is going ahead, a four-track acoustic collection recorded by Willie Campbell and Charlie Clark in their Stornoway studio. They're revisitings of three studio recordings along with one cover, first up being 'Distance', a track originally featured on the 2010 Hi Fi Lo Fi EP, still as catchily bouncy, if slightly slower, but with fiddle replacing electric guitar and the drums less prominent. Looking back to 2010's Play Dead album, 'Modes of Transport' is reworked to lose the Byrdsian jangling guitars and tone down the drums but retaining the slowed down mid-section, here now with fiddle, giving it a somewhat more Slim Chance feel. The third original is 'Poison Reaction', formerly the opening life reflecting number on 2019's Fall Stand Dance and, while slightly more modest of sound, still awash with tumbling chords and keen harmonies. Previously unrecorded, the cover comes from the Jeff Bridges film Crazy Heart, delivering a fine dose of chiming guitar, fiddle accompanied Americana with Stephen Bruton and Gary Nicholson's 'Falling and Flying' that is, quite frankly, vastly superior to the original and calls the vintage Burritos to mind. Of course, this means they may have to do a Vol 2 to tie in with the rearranged dates, which is going to be just fine by me.