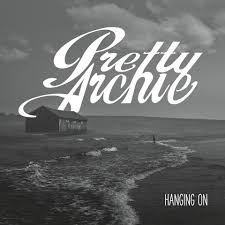 
Lining up as bassist Colin Gillis, trebly-voiced lead singer Brian Cathcart, Matt McNeil (mandolin/guitar), Redmond MacDougall (banjo/percussion) and Scott MacLean (guitar/mandolin, the bluegrassy, pop-folk five-piece from smalltown Cape Breton take their name from a now long passed local character who used to busk (badly) on a two string guitar outside shopping malls and this, their third album, should go some way to getting their name better known beyond their native borders.

Staring slow on a gospel note before transforming into a bustling stomp, they kick off with 'Ain't No Saving Me', in which, in conversation with a preacher, the singer comes to the conclusion that, having done "some sinning, too much drugs and booze and women" salvation isn't on the cards.

The musical friskiness continues through the mandolin and banjo picked 'Stay The Same', essentially a number about running to just stand still, how nothing ever changes and you just don't have time to spend with people you miss, and 'The Whole Town', a number fueled by the socioeconomic changes and industrial decline that have impacted their hometown of Sydney, of dreams that didn't come true and the need to get away yet still being tied to home. By way of a stylistic swerve, 'You Better Run' nods to the guitar driven second generation outlaw country.

It's not all taken at such a breathless pace. A particular melodic stand out, 'No One To Blame' is a mid-tempo number with a strong mandolin weighting and cascading chords while 'Summer Love' is a 70s country soul shaded ballad with echoes of the Isleys' 'Summer Breeze' while bluesy album closer 'Sometimes' comes with a slow waltz, organ-backed setting and harmonica solo.

The album's centrepoint is 'Holding Out', a banjo-driven pace-shifting shuffle that Cathcart says is about how following your dream can sometimes leave collateral damage in your wake, whether the sacrifices are worth it and pulling yourself up and carrying on when you've been knocked down. The band describe their songs as having a saltwater perspective. Call it a life of brine.