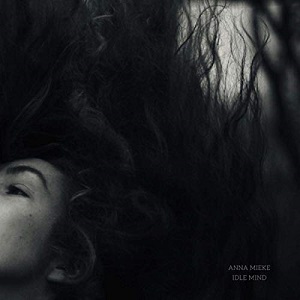 
I first heard Anna Mieke singing a spellbinding YouTube version of Lagan Love, so on opening up 'Idle Mind' I fully expected to hear a voice of true quality. The album focuses very much on her versatile, contemporary folk voice which, if comparisons are to be drawn, drifts comfortably between the clever phrasing of Laura Marling and the range and depth of Rioghnach Connolly. On that level alone, this is a terrific piece of work.

The opening song 'Parallel' presents a mix of excellent supporting instrumentation and clever rhythms which open up as the song develops. Mieke's voice is perfection throughout, and the song is a scene setter for the rest of the album. It is intriguing, it is rhythmic, and it is beautifully delivered.

'Keep It Whole' at first appears to be taking a more minimal direction, but Mieke's carefully placed harmonies flow effortlessly over a subtle instrumental build. One of the reasons this album works so well is that most of its songs also allow space for the quality of the musicianship to come through.

The softer and more understated 'Warped Window' offers a simpler song construction, with an Americana feel to it, and is the perfect foil for the title track that follows. 'Idle Mind' is one of those albums where the title track truly deserves its title status from the first bars. Mieke's inventive vocal delivery contains hints of the previously mentioned Laura Marling but also Sandy Denny. For me, this is the standout song in a very good album.

'Creature' quietens the pace and creates a more ethereal mood with a piano based song. Discordant strings are a background feature on a number of tracks but they are always carefully placed and never over-used. 'Aurillac' has one of those choruses that invites the listener to join in, and has the feel of a live performance about it.

The beautifully descriptive 'Mountain Song' is another song that highlights the range and subtlety of Mieke's cultured voice, which works so well because it always stops short of vocal acrobatics, and always seems to be appropriate to the mood of the song lyrics. In contrast, 'Arbour' has a darker, more progressive feel about it and possibly hints at the direction of future works.

The more reflective 'If' is not the first of these songs to have deeper male backing vocals but here they seem to enhance its message of courage. The album concludes with the gentle 'Epitaph' which again carries a live feel.

Because of the innovative phrasing of some of Mieke's vocals, it may take a few listens to fully get to grips with the lyrics of some of the songs. For any song skippers among you none of the songs on this fine, brightly produced album is short, and there is always something interesting in the mix. It deserves a deep listen. So do listen, savour the quality of this album, and enjoy it! Idle Mind is released online, on CD and Vinyl on 26th April.