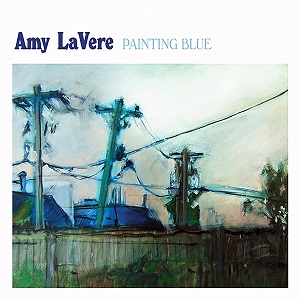 
Born in Shreveport and now based in Memphis with guitarist husband Will Sexton, who produced, this is her fifth studio album (in addition to two as part of The Wandering and Motel Mirrors) featuring, as ever, her signature upright bass.

It opens with the first of three covers, a jazzy, husky-voiced slightly lyrically tweaked reading of John Martyn's 'I Don't Wanna Know' featuring brushed drums and Sexton's deep guitar twang. It's followed by the first of the original numbers, a co-write with Sexton, 'No Battle Hymn', a strident marching drum beat, keys and ringing rock-edged guitar driving a call to come to come together because "No one's ready to admit we may be out of time", the soaring vocals rising above the initial backdrop of doom and gloom.

'Girlfriends', by contrast, is a simple acoustic picked shuffling drums number with a tropical lilt (and a Texicana guitar break) and kittenish vocal on a song about ignoring peer pressure and not listening to others telling you what you need in matters of the heart. Then, calling on the Barnes Brothers, Courtney and Chris, 'You're Not in Memphis', a break up number that won't waste time on moping, lays down a smooth, soulful fluid groove with its laid back drums, funky organ and keyboard frills complementing her soft-toned vocals.

Addressing the sense of apprehension at the start of a relationship, 'Love I've Missed' sports a particularly catchy cascading melody line that swoons in the arms of a 60s girl group ballad while a pizzicato bridge gives it a goosebumps touch. Things get personal with 'No Room For Baby', a spare Springsteen country-shaded ballad feel, puttering drums and cello accentuating the emotional weight on a number where she explains why she's never had kids, tinged with the sadness of realising she's waited too long as she poignantly sings "I can clearly see there'll be no child for me" with no room for baby and "no baby's room".

The second cover echoes the musical mood, adding accordion to David Halley's gambling-themed song 'Stick Horse' (" the world keeps spinning and it makes me feel / Like the little ball on the roulette wheel…I'm making out like a one-armed bandit") followed, in musical contrast but retaining Rick Steff's accordion, with the third, an interpretation of the bittersweet Falklands War-based 'Shipbuilding', written by Costello, Dempsey and Langer and immortalised by Robert Wyatt,

Expanding the palette for a more fulsome string arrangement, accordion, mid-tempo walking beat drums, twanged guitar and a dynamic that again echoes the late 60s, it ends with the musical full monty of the title track, 'Painting Blue (On Everything)', where her voice softly caresses the lines "You once had the full color scheme/Now you're painting blue on everything".

Rather more of an uplifting album than all this might suggest, let her colour your world.