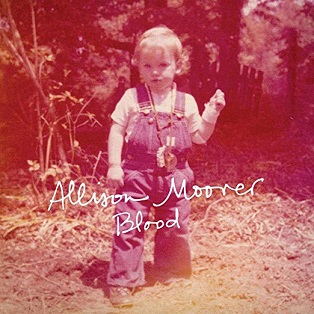 
Allison Moorer and her older sister, Shelby Lynne, were teenagers living in Alabama when their worlds were forever altered one summer night in 1986. They were awoken by the sudden sound of two gunshots, piercing the night's silence. Unfathomably, their father had taken their mother's life, followed by his own.

There have been echoes of that fateful night in songs by both sisters ever since, but this, Moorer's ninth solo release, is the first time she has bared her soul in her songs.

Produced by Kenny Greenberg, the atmosphere created as a backdrop to the lyrics, perfectly matches the content within: dark, haunting, raw, honest. The lyrics tell the stories of a tragic night; Bad Weather speaks of the build up and aftermath and the Rock and the Hill, hauntingly speak from her mother's perspective. The lyrics of I'm the One to Blame, poignantly came from her father, who was himself once a songwriter.

I'll be honest, this collection is at times uncomfortable listening and it's content harrowing. Yet it is also truly stunning; a deep, honest, reflective insight into Moorer's life, family and soul. Conversely, in such tragedy and heartache, she creates a sense of peace, even hope. Hope, perhaps, that time does heal. At 47 years old she is ready to tell us her story, one that more than deserves to be heard.