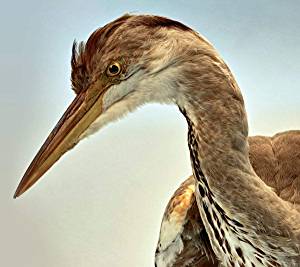 
In 2013 James Robertson, one of Scotland's leading authors wrote a story a day for a year, creating a collection of fairy tales and memories. A couple of years later Aidan O'Rourke wrote a tune a day, inspired by the stories. 365 VOLUME TWO represents highlights of those, played by O'Rourke and Kit Downes.

The writings, along with some striking photos, make up the booklet, allowing you to be immersed. O'Rourke, limited by the challenge of a tune a day, further channelled by the duo form, used the first line of the story as a tune title, making for exotic and evocative titling. Often the titles alone are often poetic. Sometimes beautiful, sometimes gnarly, bleak and forlorn, spread across two discs this is second volume in Aidan O'Rourke and Kit Downes exploration of how far you can go with instrumental violin, piano, Harmonium duets. Sometimes the pair spar and circle, sometimes they take it in turns to lead and follow.

At times, like on "The Girl Climbed The Stairs To Bed" the two play in unison and almost create a third voice between them. At times the music is stretched thin, like four arms are playing one instrument, "I was riding a greyhound bus seeking a place to hide" there are passages of this wonderful minimalism. On "I had been walking a long time" and "We drove down the road,saddened by my father's decline" Kit Downes piano carries the beautiful melody with Aidan's fiddle wafting in atmosphere or a turbulent counterpoint.

"Now you know about Clootie Wells do you" is a more savage, less soothing listen. O'Rourke's fiddle melody is raw and burred with swells of Harmonium behind it. "The film was preceded by a warning that it contained some moderate violence", veers far from folk almost into disquieting Steve Reich minimalism with its raw earworm of a hook. "That braggart had it coming to him" is a vivid exciting between a soaring bird like fiddle and a harmonium channelling a church organ. Often the music, responding to the emotion of the story is cinematic, "That place, Mick said, Christ what a hole" draws pictures, perhaps it's the space in the music. Likewise "Bill was already at his window" the slow Harmonium notes and the melody of the fiddle give a definite atmosphere, filling the gaps between the words.

Kit Downes piano leads again, resonant and powerful on "Some stories are so good they deserve repeating in every generation" with Aidan's melancholic violin a second voice. "She picked up the letter again" has an ear worm playful call and response, like something the Penguin Cafe Orchestra might have dreamt up.

There is beauty in a miniature, especially a display case full. There is a fascination in seeing what can be done when creativity is confined and grows within clearly defined parameters.

Bill Was Already At His Window