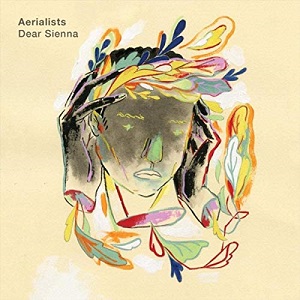 
When I received this album to review, I had no idea what to expect having never heard of the band before. I was however attracted to the band's name having spent the best part of my professional career working as a chartered surveyor specialising in Aerial surveying. On first listen I realised that there was another powerful attraction to the music on offer. The use of the harp which is one of my favourite instruments and combined with my Irish roots, this proved to be a winning combination.

The opening bars of the album are played on the Mairi Harp and set the tone for what is to follow.

The band plays a blend of Gaelic, Norwegian and Irish folk music, an unusual combination dictated by the birthplaces and musical careers of the three members of the band.

A mix of instrumentals and vocals, some of which are reminiscent of Clannad in the harmonies, this is an album of sheer quality from start to finish. One definitely to listen to at the end of a hard day to bring the blood pressure down to a relaxing level.

Formed in 2014, Aerialists produce a brand of music and sound that is all too rare in these commercialised days of "modern pop music." Brilliant musicianship with some stunning vocals, they have produced a spellbinding album. the fiddle playing on its own makes the album worth listening to. Then there is the wonderful sound of the harp. Sheer magic and joy! Combined with limited percussion and electric bass, the music never overpowers the listener and each track offers something different in terms of tempo and sound.

The first, middle and final tracks are based on the same piece of instrumental music and entitled "The Rope Is The World." Acclaimed folk singer Taylor Ashton guests and leads on the beautiful "Lesson In The Learning" This to my mind is the track that shows the band off at its skilful best in terms of both musicianship and harmonies and is possibly the most commercial song on offer if the release of a single is envisaged.

All in all, a thoroughly delightful album delivered by superb musicians with genuine class.