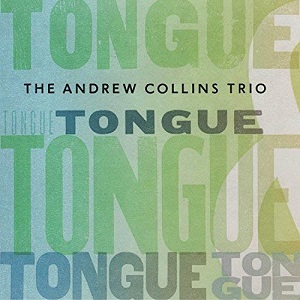 
Released as a double album but available individually, the Canadian three-piece (mandolin maestro Collins, guitarist Mike Mezzatesta and upright bass player James McEleney) offer up 22 numbers, Tongue being all vocal tracks while Groove pays testament to their instrumental prowess. The former are predominantly covers, kicking off ambitiously with a vocally tremulous and highly attractive reading of Nick Drake's 'Cello Song', ditching the cello in favour of mandocello and octave violin.

They hit the goodtime swing trail for 'I Drink Whiskey (My Gal Drinks Wine)' by Tom Parker, who I'm going to assume is the Toronto-based honky tonker from Colonel Tom & American Pour, the other unfamiliar name being fellow Canadian Kevin Breit whose 'Nothing About Us' is a world-weary ballad with crooning harmonies and a persistent nervy mandolin riff.

Roger Miller scores two credits, the music hall song and dance influenced 'The Hat' and the more old school cowboy campfire country strum of 'Leaving's Not The Only Way To Go' while another country legend, Ray Price, is visited for a faithful take on the hillbilly 'I'll Be There (If You Ever Want Me)'.

The trad songbook is thumbed for a sprightly mandolin and fingerpicked guitar romp through 'Kate Dear', better known as 'Silver Dagger' while, traditional in all but songwriting credits, 50s country ballad 'The Long Black Veil' provides a showcase for Mezzatesta's octave violin and an extra verse involving a Bowie knife and perdition penned by Collins. He also takes a solo credit for the Western swing string band styled Coming Into Hard Time Blues' which gives McEleney a chance to thumb that bass.

The remaining two covers are rather less obvious choices. The first is the jazz standard 'Just A Gigolo', which splices the slow version popularised by Louis Armstrong in the 30s with the more jump jive 50s arrangement by Louis Prima, including both some hot club mandolin and scat singing as well as Prima's interpolation of 'I Ain't Got Nobody'. The other offers an unlikely but intriguing upright bass and mandolin arrangement slow and bluesy treatment of the 1967 Graham Nash penned 'King Midas In Reverse', a relative commercial flop for The Hollies that ultimately saw him quit the band.

Turning to ' all bar three of the instrumentals are Collins originals, rhythm-driven showcases for their picking skills that range from the bluegrassy 'Big Toaster' and the galumphingly moody 'The Grumpus' to the jazz swing of 'Badabada Ba Ba Baba' with its mandolin runs, the dreamy 'Lullaby For Len' and the twin violin arrangement of 'Kentakaya Waltz', which could have been played by the Heaven's Gate house band.

As with Tongue, the third throws another inspired curveball by pairing a wholly instrumental arrangement of Pink Floyd's 'Goodbye Blue Sky' from The Wall featuring mandolin frills that conjure a Paris café and then picking up the tempo with the traditional 'Ship In The Clouds'.

For those not familiar with carpentry terms, tongue and groove is a method of fitting similar objects together, edge to edge, joined strongly to make a single even surface. To punningly misquote Blur, the two albums go perfectly hand-in-hand through their parquet life.