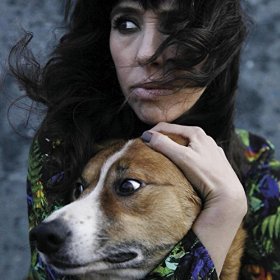 
Welsh band 9Bach released one of the most enchanting yet stimulating albums of 2014 - the BBC Radio 2 Award-winning Tincian - whose music has resonated and stayed with me down to the present day, almost as if predestined for the appearance of a followup. And here it is, in the shape of Anian, whose every track tingles with the frisson of anticipation. Continuity from Tincian is observed in the very obvious sense that the same musicians are involved, but the resultant musical experience is actually quite different, with more extensive use of exploratory textures and sounds. Also, the focus of the song lyrics now shifts onward and forward, away from the concept of hiraeth and the commemoration of stories from the past and onto the in-depth examination of more contemporary themes by way of a passionate commentary on the state of the world. In which context, coming to the new album's title, the Welsh word Anian broadly means nature: natural order, the natural world, and human nature (in the sense of one's connection with other people). The album's songs, while often brooding with barely controlled anger on the inherent desperation and the uneasy, darkly dystopian aspects of Anian, also posit the central idea that change is possible for us in tandem with the realisation. For within - and indeed out of - this hope springs revolution.

Singer Lisa Jên is 9Bach's songwriter, and her limpid, ethereal vocals (in the Welsh language) conjure a melody that both mirrors, and instigates a reaction in, her band's musical responses, these being creatively and organically configured by guitarist Martin Hoyland entirely mindful of the intrinsic heartbeat of the texts - this pulse being further crystallised in rumbling dub bass patterns (Dan Swain) and empathic less-is-more drumming (Ali Byworth). The uncompromising Welsh-language delivery is less of a barrier and more of a sensual bonus, but the other half of the equation lies in the music itself, whereby the sound itself conveys sentiment, feeling and emotion in a very special way. This has been made possible by the recording method used for Anian, which was performed virtually live in the studio with the musicians responding and reacting to the emotional elements (like the at times almost overwhelming anger and sadness) in the songs. Even so, Lisa has also helpfully provided notes on the songs for her non-Welsh-speaking audience, notes which help to paint the pictures she sees in her mind and give a flavour of the background without resorting to the expedient of impossible translation.

Each song is an extraordinarily engaging, haunting and challenging sonic experience, both musically and lyric-wise, for Lisa is always inviting us to stop and think - on both levels. First she conjures, through swooping vocal lines, a deranged queen under water (Llyn Du); then encourages us to consider the spirit of hiraeth (the title track); shares her anger at the plight of the white rhino (Yr Olaf) and her distress at the separation of a child from the pack of dogs who had adopted him (Ifan). Si Hwi Hwi, a response to the injustices of slavery, is built around an eerie layered vocal call-and-response between Lisa and Mirain and Esyllt, while the intriguing a cappella Heno radically deconstructs the Welsh tradition of Cerdd Dant (harp-backed sung counter-melodies) in order to voice the anguish of its "lament for the dying of the Welsh nation". The musical expression of a prisoner's moral dilemma (Cyfaddefa) is heavily influenced by Greek rembetika, and Deryn voices the delicate entreaty of a dying human in an apocalyptic setting. Lisa's fragile, delicate intimacy also caresses the ear on the final pair of tracks: the interwoven folk-tune-inspired Ambell Hiraeth and the stark Cowboy Junkies-style guitar atmospherics of Breuddwd y Bardd. This is music of great intensity and great beauty.

The CD comes with a companion bonus disc, Yn Dy Lais (In Your Voice), which ambitiously presents a collection of writers, actors, poets and singers (including Maxine Peake, Rhys Ifans, Bonnie Dobson, Iarla Ó Lionáird and Peter Gabriel) expressing their own interpretations of the songs from the main album, ostensibly as a way of being inclusive to a non-Welsh-speaking audience. They were invited to retell the stories using the emotion, sentiment, themes, and, sometimes, parts of the original story. Delivery ranges from full-blown dramatic recitative to conspiratorial whisper with all points in between. It's a slightly uneven collection, it must be said, and I didn't quite chime with the club-remix of Merèd that closes the disc, but virtually every piece is captivating in its own right and within its brief timespan and the finest of these performances (like Siwan Morris's chillingly unhinged Him/Her take on Yr Olaf) are absolutely electrifying and make a truly extraordinary impact.