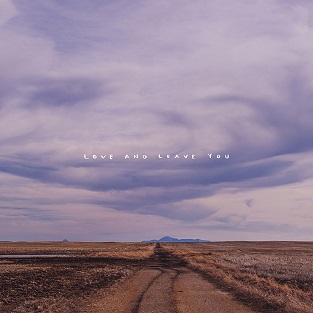 
An Edmonton-based acoustic guitar duo named for a town and district in central British Columbia and comprising Peter Stone, who sings lead, and Denise MacKay, their sound fleshed out on disc with strings, pedal steel, piano and mandolin, this is their second album and a fine collection of roots, gospel and country shaded numbers. They kick off, Stone singing over a strings arrangement, in spine-shivering form with 'River', a gospel-infused song about casting away the negative in our lives that feature background harmonies from Louise Pelletier, Katie Perman and JUNO nominee Chloe Albert.

The nimbly fingerpicked title track follows with a Celtic air to its melody, opening around a family Christmas scene, but swiftly revealing itself to be a leaving song ("let's walk the dog one last time/Around the neighbourhood I once called mine"), a theme that spills over into 'Test The Timber' ("This is where we face the truth/The love we've grown has lost its roots") , but this time, as per the title, focusing on resiliance weathering the trials ("I'll take the eight/Carry us till something breaks/Hold you up till I've nothing left").

Featuring Scott Zubot on violin, 'Grateful' is basically a song about Stone just being that, for his father, mother, wife and children and all they have taught him; it's open and honest, as in when he sings about his mother and how "since she's struggled with her drinking/There's a hole where she once was", but adds that "if it wasn't for her demons/I wouldn't know what struggles were". Essentially, it's about how without darkness, there's no light.

Like KC Clifford's song of the same name, again adorned with sweeping strings and fingerpicked guitar, 'Worth The Wait', is a love letter to their child, a late addition to the family, then MacKay steps up the mic to sing lead on the piano and violin styled 'Light Goes Out' which, seemingly drawing on the funeral imagery of floating candles out to sea, is also enduring ("Time to prove I have the strength to swim").Stone back on vocals, 'Losing You' is a musically uptempo but lyrically downbeat number about a relationship that's stagnated ("We sleep alone, but side by side"), using the image of a duo singing lead and harmonies, though not, one would hope, drawn from personal experience. Likely to touch a chord with anyone who suffered through the fires that devastated America and Australia in recent months, piano backdropping the fingerpicked acoustic, 'Run' is about a man trying to rescue things as the neighbourhood goes up in flames, thinking of things he couldn't save but, holding his wife and daughter's hands, "he realised everything he needs/Made it out with him that night."

Reminiscences fuel the final three tracks, the six-minute 'Like Each Day' featuring pedal steel built around the narrator's memories of childhood, of falling in love, leaving home, starting a family of his own and, finally, years later, of the last night spent with his wife, combing her hair in her dying moments. The potential for maudlin sentimentality in something like this is immense, but the pair imbue it with a poignant honesty and a very human heart.

Opening with descending mandolin notes, 'Lucky To Be Loved' is pretty much summed up in the title, another song (sung by Stone but from the mother's perspective) about the father working hard to put food on the family table, of the daughter leaving to carve a musical path "in those bars full of boys where you'd learn to sing" before finding someone with whom to build their own nest. And finally, there's 'Good Old Day's, a simple folksy picked hand in hand until "the last of our seasons" love song about building a home from a whisper and of how, when the race is run, the for sale sign is out by the trash and the keys are left on the table, he'll "thank god I was given this little piece of heaven/To spend my days sharing all that we'd got". A beautiful homespun album written and sung from the heart, buy it and share with someone you love.