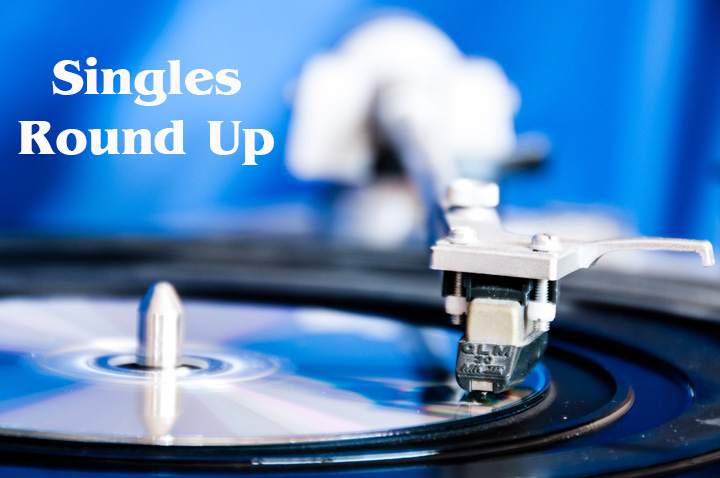 The Fatea office also serves as a home for our weekly Along The Tracks show on Blues & Roots Radio and as a rule singles and Eps have generally gone in that direction whilst Fatea generally concentrates on albums and live reviews for our full length feature, but with more artists going back down the single route to keep themselves in the public eye, we thought it was time to reflect that in our offerings and as rules are made to be broken or at the very least adapted, welcome to the Singles Round Up.

www.chastitybrownmusic.com
Chastity Brown is no stranger to politics, given that just her existence is political, being a biracial queer woman living in America. While she started to write this song prior to the murder of George Floyd, it was part inspired by another incident where her nephew was beaten up by the police. Clearly there is a whole lot of anger behind Golden and justifiably so. Released for free on Juneteenth, Chastity Brown is encouraging donations for two Minneapolis organisations that are dear to her heart: Little Earth Residents and Free Black Dirt. Golden is a hugely powerful track and a must listen, a successful attempt to say the difficult things beautifully. AJ

Serious Child - A Little Space / I Shall Take My Time

www.seriouschild.com
The latest single from West Sussex musician Alan Young comes from the recent album Time In The Trees, but clearly it's a song that has taken on extra poignancy given the events of this year. Written from the perspective of someone who enjoys their own company, it covers the intricacies of balancing that need when in a relationship. It's a beautiful song, written in collaboration with American pianist Steven Bucher, and produced by Boo Hewerdine. On the b-side is I Shall Take My Time written with Tanya Brittain and Gareth Rhys Jones, which didn't make the album. It's wonderfully elaborate love song, and the perfect accompaniment to A Little Space. AJ

www.aimeesteven.co.uk
Rising star Aimée Steven is enjoying quite the meteoric rise, quickly becoming one of the most talked about Merseyside artists. This follow up to earlier single Hell Is A Teenage Girl makes it easy to see why. While described as dreamy garage indie rock, in truth it's hard to label Steven's music. It's unmistakably modern, but heavily influenced by an older generation of master musicians. Darling is one of those tracks aimed at getting the audience up and kicking; a booze-fuelled indie rock classic of a song. Tipped by many to be the next big thing, it's hard to disagree on this form. AJ

Kris Drever - Where The World Is Thin

www.krisdrever.com
Scottish singer songwriter and guitarist Kris Drever is one of Scotland's most in demand musicians, having collaborated with what seems like most of the UK folk scene. With his last single Scapa Flow 1919 having been nominated for Best Original Track in the BBC Radio 2 Folk Awards, Where the World Is Thin has a lot to live up to. The new single refers to the thin places of the world where heaven and earth are less than three feet apart; an ancient explanation for our most spiritual moments. It's an enthralling track, with predictably gorgeous guitar work and an irrepressible spirit to it. Where The World Is Thin is another great song from one of Scotland's finest musicians. AJ

www.racheltaylor-beales.com
A tribute to Fife born singer-songwriter Jackie Leven, released on what would have been his 70th birthday, Jackie's Coming Round is a moving song about a talent with a troubled past. Having opened for Leven in Cardiff, Taylor-Beales got to see just how masterful he was a performer. Leven has quite the personal story, fleeing gang violence, a mugging that almost cost him his voice, a recovery from heroin addiction, and Jackie's Coming Around does well to capture the spirit of this defiant man. It's a beautiful song as you would expect from Rachel Taylor-Beales, and well worth checking out. AJ

www.ragnhildnordset.bandcamp.com
The Norse singer is now based in Liverpool, and has built up an impressive following, supporting the likes of Laura Marling and Wild Beasts. Don't You Forget is a perfect showcase for her vocal talents which are incredibly powerful and full of emotional heft. This may be a simple piano ballad, but it's all the better for it, creating a completely captivating experience for the listener. This is Nordset's debut on the Mellowtone label, and hopefully we'll get to hear a lot more from her soon, because you won't find too many stronger vocalists out there. AJ

Anton & The Colts - Boy Living For The Weekend

www.antonandthecolts.bandcamp.com
The little brother of a track on their debut album, Weekend Millionaire, Boy Living For The Weekend is a joyously raw mix of blues, Americana and good old garage rock. The Scottish based band have captured that Friday night feeling perfectly, all pumped up and ready to hit the pubs and clubs looking for a good time and a sweet release. Boy Living For The Weekend is a fantastically fun track, full of tempo enough to get anyone's feet tapping. Even if you've not been out on town for more years than you care to remember, this one will have you reaching for you shirt and shoes, ready for a few beers and late night fried food. AJ

www.facebook.com/KieranBegbie/
Originally from Scotland and a member of The Dirty Beggars, Begbie has since moved and now calls Toronto home. Change is his first solo single taken from an EP scheduled for release later this year. The song has been a long time in the making, a track about loss which may get easier but will never leave you. Begbie has a wonderful voice full of character which makes the song all the more haunting. If the rest of the EP is as strong as Change, it will definitely be one to look out for. AJ

Basia Bartz - A Girl at Dusk

www.basiabartz.com
This debut single from London based violinist, Basia Bartz released on Solstice day is a birth of beauty. Sung in her native tongue of Polish, one of the immediate and striking things about this track. Bartz has managed to break from being an accomplished violinist to releasing her first solo material which is hard to pigeon-hole and whilst the song is lavished in violin, this isn't a solo piece with vocals rather a full 'backing band' giving her haunting vocals and violin further depth on this intriguing and mesmerising debut to build from. JC

www.facebook.com/hannahscottuk/
The fast-growing reputation of London independent songwriter Hannah Scott is further enhanced with the release of 98, the second single from her forthcoming album. The song recounts how, at the age of 98, Hannah's paternal Grandmother has made peace with her own mortality and is also a reminder that there is still pleasure to be found in the small things as long as she is alive. Co-written and produced with long-standing creative partner Stefano Della Casa (Ultra Music Publishing), 98 expertly combines organic, live elements with electronic sounds. DP